MY RECAP: SOLUTION TO THE ENIGMA OF MCCORMICK´S NOTES. END.

- The master key to understanding Mccormick´s notes should be sought in the last line of the 2nd note the signature of the deceased.

- And this is my solution:

-This is the master key.

-The plaintext not exist.

-Only exist a stenographyc or shorthand text that was hidden with a personal shorthand system with some measures of deception.

-Finally, in Marais Temps Clair C.A. (MO) there is a suitcase buried by Mccormick with money ($99.840) and more, perhaps after 651 steps (or measures) from the home number 35, near a curve in a bird watching position (i suppose it is the best place).

Where are the hides hiding? Look the link: 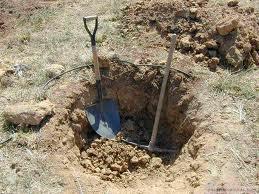 1) A second unsolved murder exist, Mccormick report that in the note one, line 12.

2) Can anyone tell me if at the northern entrance of Marais temps Clair C.A. (MO) is a house with the number 35?:

+ Anyone can check and see the house. I used Google maps and "Street View", and the calculation of the distance is a rough estimate by Google (and remember Mccormick wrote this in 1999).

+ This show that i was right and i deciphered correctly the Mccormick notes.

+ Who could understand the Mccormick´s notes?
The local police and the FBI asked the family and acquaintances of the victim. And got nothing.
If there was someone who knew the key, now, since the FBI did publish the notes, this person is silent. If that person ever existed.

+ It is strange that no one asked for justice. McCormick had family and children but no one asks for revenge or justice. I think everybody thought he was an idiot. When he was tried in 1993, the judge asked whether he was sane. eventually he was tried.

+ In his criminal history appears only stay in prison 1993-94. He served 11 months of a three-year sentence for statutory rape.

+ A coded note that only one person knows their meaning need not be signed but ....
1- A coded note that only two people know their meaning need not be signed. The other person knows who has written it.
2- A person signs a promissory note or contract to make public their willingness or agreement ( here last will or testament).
3- The easiest solution is that the note was addressed to one who found his body, and of course who would take care of your body is the local police or the coroner.

"PRSE" means "Praise" because he wants to say something important or something to be remembered. In the text I think is his autobiography.

"WLD" means "Would" because because this group of words is repeated too many times, as if it were a verb and he was planning an action plan or desire to accomplish ( last will or testament).


+ I decided to follow the instructions that Edgar Allan Poe explains to understand a text encoded in his short story entitled "The Gold Bug":

.......Poe (Legrand) assumed that the cryptogram on the parchment did in fact represent English words after determining that it had been written by the notorious British pirate Captain William Kidd (circa 1645-1701). He then began making substitutions, pointing out to the narrator that the most frequently occurring alphabet letters, after e, are a, o, i, d, h, n, r, s, t, u, y, c, f, g, l, m, w, b, k, p, q, x, and z. The cryptogram in the story is as follows:


+I had to solve 5 problems like in the story:

1)The problem of the firm.
2) The problem whit the letter "E" and other instances:
--If there are so few is because vowels are not necessary and this means it is shorthand
3) The advantages of a handwritten text:
-- If this note 2 is dirty, because is needed to be dirty
4) Find the hostel of the Bishop.
--Look at the crime scene, analyze the map.
5) Jupiter´s role & the unexpected thing: The error of "Jupiter" and the "malapropism" :
http://cummingsstudyguides.net/xLitTerms.html#malapropism
-- Unintentional use of an inappropriate word similar in sound to the appropriate word, often with humorous effect. The word derives from the name Mrs. Malaprop, a character in The Rivals, a 1775 play by Richard Brinsley Sheridan. Sheridan invented her name from the French words mal à propos, loosely translated as badly chosen, not right for the occasion, or not appropriate. Mrs. Malaprop has the habit of using near-miss words. For example, she observes that she does not have much affluence over her niece and refers to contiguous countries as contagious countries. However, almost two centuries before Sheridan presented a character who mixed up words in this way, Shakespeare introduced characters who did so–most notably Dogberry in Much Ado About Nothing.

Then, as Edgar Allan Poe recommended, apply what I thought a short text of note 1, last line, end: (TRFXL)
(TRFXL) could be: "TeRRiFy CoMe" or a variation like "TeRRiFing Came" or others.

When I saw the date of stay in prison 1994, and I supposed that rapists (or statutory rape) were abused in prison, then I figured that the stay in prison could be something scary for him, or out of prison for him would be very good.

+ It is necessary to reconstruct the text based on what you find out and also makes sense.

+ There are 5 problems that puzzled me from the beginning: 1-Why did you sign a note?

2-The body is in an absurd place and without being buried. Any reader of the works of Mark Twain knows that the best place to get rid of a corpse is the Mississippi River. Here is the Missouri and Mississippi, if you look at the map you can understand the situation.

4-The notes are in the pocket of his pants. No out.
5-No evidence of murder, according to forensic physicians.He suffers from heart disease and chronic lung, and disabling to lead a normal life and collects money from the state for this reason.It is not necessary to kill.
And I tried to solve the problems as simple as possible Based on the biography of McCormick, "The Gold Bug" and Mark Twain and his novels "Tom Sawyer Detective" and others.

+ Ihave done what they have asked. It seems they do not like.
+ It appears that the FBI and local police lied to the family of McCormick:
Look: "Code Dead: Do the encrypted writings of Ricky McCormick hold the key to his mysterious death?" - By Christopher Tritto (published: June 14, 2012).http://www.riverfronttimes.com/content/printVersion/1609667/or: http://www.riverfronttimes.com/2012-06-14/news/ricky-mccormick-code-mysterious-death-st-louis/ McCormick's mother, Frankie Sparks, says: "They told us the only thing in his pockets was the emergency - room ticket," "Now, twelve years later, they come back with this chicken-scratch shit."-In the links I mentioned above can read the full story.-It seems that everyone thought that Ricky was a idiot and the family was misled or not informed of police/FBI investigations. -These guys from the FBI ...... trying to trick a sweet and helpless old lady.
Bye from Spain

Chapter 1: The signature of Mccormick.
http://prophecyexperimentalzone.blogspot.com.es/2011/05/to-fbi-possible-solution-of-mccormicks.html

Chapter 2: The 5 problems to be solved according Edgar Allan Poe short story "The Gold Bug",
http://prophecyexperimentalzone.blogspot.com.es/2011/06/to-fbi-possible-solution-of-mccormicks.html

Chapter 3: Who is Mccormick? & Does he reports a crime?
http://prophecyexperimentalzone.blogspot.com.es/2011/06/to-fbi-possible-solution-of-mccormicks_08.html

Chapter 5: My theories are the following: (working in progress).

Chapter 8:I have found the home number 35

And .... Who killed Mccormick ?  (part 1).
http://prophecyexperimentalzone.blogspot.com.es/2011/12/and-who-killed-mccormick-part-one.html