+ Nostradamus described the murder committed by soldiers and will be the day of Lucia. It reminds you of something familiar?

Century IX . Quatrain 68, Possible English translation:
From Montélimar(!) noble will be made obscure,
The evil will come at the junction of the Saône & Rhône
Soldiers hidden in the woods on Lucia's day,
Never was there so horrible throne.

+ Warning, it is obvious.

Century II - Quatrain 97. Possible English traslation:
Roman pontiff beware of approaching
a city watered by two rivers.
You will spit blood in that place,
both you and yours, when the roses bloom.

Etymology and place
+ Latin name: Acumum, and Montelaimar in Occitan) is a commune in the Drôme department in southeastern France,in the Rhône-Alpes . It is the second-largest town in the department after Valence.


History and origin of a word: Montelimar
+ In the late eleventh century, we appear Adhémar family undoubtedly originated Royans and who gradually feel their authority in the region. Guillaume-Hugues d'Adhemar is the first lord of Montelimar ("Lord of Monteil"). He is the brother of Adhemar de Monteil, bishop of Puy and papal legate to the First Crusade. The family will reign over the Montelimar region until the thirteenth century. The lineage of the Adhémar make his palace (XII century) on the promontory of Narbonne at the site of an old castle. He cited his castle and residence as "MONTELIUM ADHEMARI" (the small mountain of Adhemar), referring to the hill where it has been built. Also, Adhemar, in the eleventh century are going to build around his stronghold of many castles (Grignan, Châteauneuf-du-Rhône, and Garde-Adhemar Rochemaure). The manor will épocs in its heyday with thirty castles.


+ In 1198 the manor is shared between two brothers, Giraud and Lambert d 'Adhemar. From the middle of the twelfth century, the city of D'Adhemar is designated under the name "de Monteil Aimar" (in Provençal mound of Adhemar). The final form dates back to 1328 Montelimar. In 1328, the name "Montelilmart" is officially adopted, it will become over time in "Montelimar". Since then, various conflicts are quickly lose them their autonomy to the lords of Adhemar.

Comment:
+  Do you remember Jeane Dixon's dream? She saw the empty throne of St. Peter and the pope on the ground and bloodied.
http://prophecyexperimentalzone.blogspot.com.es/2012/07/02-kill-to-pope-jeane-dixon-empty-throne.html

+ Near where two rivers, the Rhone and the Saone, the day of Lucia, on a hill the soldiers killed someone noble and owner of a throne (King or Pope, for the Throne of Peter, the pope can be enthroned ).

+ The Saône is a river of eastern France. It is a right tributary of the River Rhône. Rising at Vioménil in the Vosges department, it joins the Rhône in Lyon.

+ The Rhone is one of the major rivers of Europe, rising in Switzerland and running from there through southeastern France. At Arles, near its mouth on the Mediterranean Sea, the river divides into two branches, known as the Great Rhone (French: Grand Rhône) and the Little Rhone (Petit Rhône). The resulting delta constitutes the Camargue region.

+ Someone think this is a day of the calendar, but for me it means the day the Lucia, one of the little shepherds of Fatima, wrote describing the third secret of Fatima:

I write (Lucia) in obedience to you, my God, who command me to do so through his Excellency the Bishop of Leiria and through your Most Holy Mother and mine.

After the two parts which I have already explained, at the left of Our Lady and a little above, we saw an Angel with a flaming sword in his left hand; flashing, it gave out flames that looked as though they would set the world on fire; but they died out in contact with the splendour that Our Lady radiated towards him from her right hand: pointing to the earth with his right hand, the Angel cried out in a loud voice: 'Penance, Penance, Penance!'.

And we saw in an immense light that is God: 'something similar to how people appear in a mirror when they pass in front of it' a Bishop dressed in White 'we had the impression that it was the Holy Father'. Other Bishops, Priests, men and women Religious going up a steep mountain, at the top of which there was a big Cross of rough-hewn trunks as of a cork-tree with the bark; before reaching there the Holy Father passed through a big city half in ruins and half trembling with halting step, afflicted with pain and sorrow, he prayed for the souls of the corpses he met on his way; having reached the top of the mountain, on his knees at the foot of the big Cross he was killed by a group of soldiers who fired bullets and arrows at him, and in the same way there died one after another the other Bishops, Priests, men and women Religious, and various lay people of different ranks and positions.

Beneath the two arms of the Cross there were two Angels each with a crystal aspersorium in his hand, in which they gathered up the blood of the Martyrs and with it sprinkled the souls that were making their way to God.

I think it's the same story as Nostradamus and Jeane Dixon described in two different ways.

History:
+ The Three Secrets of Fátima consist of a series of visions and prophecies allegedly given by an apparition of the Blessed Virgin Mary to three young Portuguese shepherds, Lúcia Santos and her cousins Jacinta and Francisco Marto, starting on 13 May 1917.

+ The three children claimed to have been visited by a Marian apparition six times between May and October 1917. The apparition is now popularly known as Our Lady of Fátima.

+  The third part of the secret was allegedly written down "by order of His Excellency the Bishop of Leiria and the Most Holy Mother" on 3 January 1944. In 1943, Lúcia fell ill with influenza and pleurisy, which had killed her cousins. For several months, she was sure she was going to die. Bishop Silva, visiting her on 15 September 1943 while she was bed-ridden, first suggested that she write the third secret down to ensure that it would be recorded in the event of her death.

+ Lucia was hesitant to do so, however. She was under strict obedience according to her Carmelite vows, but when she received the secret, she had heard Mary say not to reveal it. Because Carmelite obedience requires that orders from superiors be regarded as coming directly from God, she was in a quandary as to whose orders took precedence. Finally, in mid-October, Bishop Silva sent her a letter containing a direct order to record the secret, and Lúcia obeyed. In June 1944, the sealed envelope containing the third secret was delivered to Silva, where it stayed until 1957, when it was finally delivered to Rome.

+ The text of the Third Secret, according to the Vatican, was published on 26 June 2000.

Official version
+ According to the official Catholic interpretation, the three secrets involve Hell, World War I and World War II, and the shooting of Pope John Paul II.

+  It was announced by Cardinal Sodano on 13 May 2000, 83 years after the first apparition of the Lady to the children in the Cova da Iria, that the Third Secret would finally be released. In his announcement, Cardinal Sodano implied that the secret was about the persecution of Christians in the 20th century that culminated in the failed assassination attempt on Pope John Paul II on 13 May 1981.

+ Along with the text of the secret, then-Cardinal Joseph Ratzinger, (now Pope Benedict XVI), published a theological commentary.

+ See the full text of the official version of the Vatican and others documents on the topic:
http://www.vatican.va/roman_curia/congregations/cfaith/documents/rc_con_cfaith_doc_20000626_message-fatima_en.html 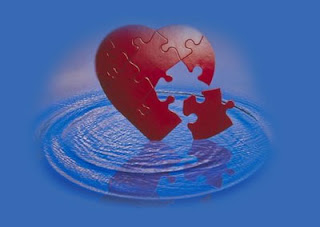