01 SPAIN & THE VISION OF A NUN BEDRIDDEN

Spain and the vision of Blessed Anne Catherine Emmerich (1774-1824)

+It is possible that you've ever seen any news about Basque or Catalan people demanding independence for their region now included in the kingdom of Spain, or on a Basque terrorist organization ETA named.

+ I think that all of this was seen by a nun. Augustinian nun who never traveled the world and spent the last years of his life bedridden. And it's horrible. this is the story of the dream she had and it was transcribed.

7. She goes to Spain and go there many evils and sees several saints of that nation.

+ From there (Paris) I went for seas and islands (the Mediterranean) and understand the goods and misfortunes of them, noting that the most lonely were the happiest. Westward came to the home of Javier (St. Francis Xavier: Note 1). I saw there many saints and saw the red soldiers occupied country. Enjoy in this country saw relatively quiet compared to the homeland of St. Ignatius (St. Ignatius of Loyola: Note 2) where I arrived, finding it in dreadful misery. I saw darkness spread over the whole country in which there is a treasure of merits and graces. In the center of the country I was. I recognized the place where for some time he had seen the picture in which some were thrown into the fire, and saw, finally, that internal enemies everywhere came and threw in the oven at the same that had fueled the fire. I saw huge abominations spread over the country. My guide told me: "Today Babel is here".


+ And across the country saw a long string of secret societies and agitation as in Babel, saw perish in this country all that is holy and implemented impiety and heresy. Civil war also was approaching and with it a total wreck. I saw the works of countless saints and those saints themselves. Appoint only Isidore (Isidore of Seville), Juan de la Cruz, Juana de Jesus, and especially Teresa (St. Teresa of Jesus), many of whose actions and visions have contemplated. I was shown the works of James (the Apostle), whose grave is in a mountain and saw many pilgrims health found here.


+ Also my guide showed me the mountain of Montserrat and the elders of the early hermits who lived there, and I had a very conmovedorade them: I saw that they did not discern the days of the week but broke bread into seven pieces, one of which taking each day so counted days of the week. Sometimes transported in ecstasy, roamed the account. They are the Mother of God appeared and told them what they should announce to men. This view was very comforting.I saw, on the other hand, so many and such misery in this country and many thanks trampled and many saints and pictures of them, I said to myself, "Why shall I see me, miserable sinner, these things, I can not refer to some or even largely understand ".

+ Then my guide said "From what I've seen, what concerns you. You will not be able to count all the souls that someday reading this relationship will be comforted, encouraged and sustained by them. There are many stories of similar events and thank you, but part were not properly written or conceived and old are unknown and are tainted by criminal additions. Whatever you say will be suitably designed and written and will produce much fruit of blessings, what you do not understand now. " This comforted me, because in the last few days I was very tired and I had become scrupulous.

NOTES:
1+ St. Francis Xavier (and also called the "Apostle of the Indies").
- He was born at his mother's castle of Xavier or Xavero, at the foot of the Pyrenees and close to the little town of Sanguesa, province of Navarre ,Spain. His family tree contains the direct lineage of four important Navarrese families who had played important social and political roles within the kingdom of Navarre during the second half of the fifteenth century. Jesuit missionary.
http://www.nndb.com/people/275/000103963/
http://dpto.educacion.navarra.es/elmundodejavier/C2/contenido_uk.htm

...... because it mentions the Red soldiers in the birthplace of St. Francis Xavier and St. Ignatius of Loyola (Basque and Navarra, Spain).


+ I remembered the Carlist Wars and the clothes worn by the soldiers of the Spanish pretender Don Carlos:

In the nineteenth century there were several Carlist insurrections against the government of Isabel II and beyond, at that time called civil wars. Upon a new uprising in 1936, which led to a most destructive war, it became customary to designate as "Carlist Wars" to the nineteenth century, and reserve the term "Civil War" for 1936-1939.

The Carlist Wars in Spain were the last major European civil wars in which contenders fought to establish their claim to a throne. Several times during the period from 1832 to 1876 the Carlists — followers of Infante Carlos (later Carlos V) and his descendants — rallied to the cry of "God, Country, and King" and fought for the cause of Spanish tradition (Legitimism and Catholicism) against the liberalism, and later the republicanism, of the Spanish governments of the day.

The main conflict centered on the Carlist homelands of the Basque Country and Aragon, Catalonia and Valencia.

The Carlists participated in the Spanish Civil War (1936 - 1939) on Franco's side. General Franco frustrated the pretensions of the Carlist monarchism; he subsumed their militias into the Nationalist army and their political party (Comunión Tradicionalista) into his National Movement (Falange Tradicionalista y de las J.O.N.S.).

+ I guess she saw the future of Spain to this day.The separatists flourish in areas formerly Carlists and try to impose their ideas through violence (the terrorist group ETA in Basque) and law (large independence demonstrations in Catalonia).

+ She died in 1824 and Brentano Clement died in 1842, so it is not possible for them to know the importance of Carlism in the history of Spain. The reference to the story of the Tower of Babel to indicate the state of weakness and confusion that lived and live my country is correct.

+By the way, the monks of Montserrat have turned their Benedictine monastery in something like a tourist and political resort, they have abandoned the religious tradition to intervene in politics, political separatist pro-independence cause. Shame!
Spanish link about this: http://www.libertaddigital.com/espana/2012-09-13/rebelion-contra-el-uso-nacionalista-del-monasterio-de-montserrat-1276468446/

+ The country is weak. His enemies are inside and out. And Nostradamus quatrains has written about the occupation of my country by foreign troops and my city, Barcelona, is the port which will leave a powerful invasion fleet that conquered Marseille and she will flee to the French to Lyon.

+  The vision of the Blessed is only the beginning of a sad story.

+ She was born in Germany in 1774 of very poor family and was a Roman Catholic Augustinian nun, stigmatic, mystic, visionary and ecstatic. He had a life of continual illnesses aggravated by staying invalid by an accident. In the last years of his life, until his death in 1824, he received the visions of the life of Christ, the Virgin Mary and of life after death and other events that befall clairvoyance of time later.


+ His visions were transcribed by Clement Brentano (1778 - 1842), poet and novelist of German Romanticism because she did not write anything. At the time of the second ecclesiastical investigation in 1819, the famous poet Clement Brentano (she called him "the Pilgrim") was induced to visit, to the great surprise of this, she told him that he had appointed him by divine inspiration as the man who write his revelations and would comply with the will of God, that is, to write for the good of innumerable souls the revelations received by it.

+ On October 3, 2004 Anne Catherine Emmerich was beatified by Pope John Paul II. However, the Vatican focused on her own personal piety and set the books written by Brentano aside while analysing the cause for her beatification. 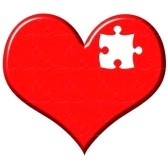