THE DEATH OF CONFUCIUS & HOPE

For a few days I wanted to write about the death of Confucius. Today I can write because she has resigned.


+Confucius was buried in Kong Lin cemetery which lies in the historical part of Qufu. The original tomb erected there in memory of Confucius on the bank of the Sishui River had the shape of an axe. In addition, it has a raised brick platform at the front of the memorial for offerings such as sandalwood incense and fruit.
http://en.wikipedia.org/wiki/Confucius

1-  His birthplace was in Zou, Lu state (near present-day Qufu, Shandong Province). Confucius was a Chinese teacher, editor, politician, and philosopher .
2- He decided it was time to die.


479 BC.
+ Before the arrival of spring, Confucius,  after a dream announcing his death, he will walk around her room singing. Asked of his disciples, he said this: "Since now no prince this time has enough intelligence to understand me, the better I die. My plans will lead to nothing".

Then he retreated to his bedroom and on the seventh day he died. He died at the age of 71 or 72 in his home country.


+ First, the deaths of his courageous disciples Tse-Lu and Tse-Kao who had been serving the state of We. They died in a revolt defending the legitimate prince. Confucius mourned her death to damage the eyes. When he learned that they had been torn to pieces then he stopped eating the minced meat.

+ Second, in the neighboring state of Tsin the legitimate prince was murdered. Confucius was presented to the Prince of Lu asked to attack the murderer and usurper, but the prince said he had no strength to attack a stronger state. Confucius insisted saying that at least half of the people of Tsin be put on our part, but he got nothing. The prince told him that he should go to the three powerful clans of another state.

+ Third, the Prince of Lu and his men caught a strange animal with a single horn that had a ribbon tied a ribbon similar to that which the mother of Confucius tied like an animal when he was born: the Ki-lin.

When told what happened, cried tragically Confucius: "The Ki-lin has been found, and this sacred Mount announces that collapsed, the cornerstone of the building will break, the wise will die,,,,,,".

The Ki-lin is the mythological animal that symbolizes truth and appears when sages will be born. If he has been killed by ignorance, this is a sign that the truth, despite having camped among men, is banished. If the Ki-lin dies unrecognized, this points to a symbolic death of a sage misunderstood.
http://www.unknownexplorers.com/kilin.php
http://laurashefler.net/arthistory2010/?p=582

+ According to the Zuo Zhuan, Confucius returned home when he was 68. The Analects depict him spending his last years teaching 72 or 77 disciples and transmitting the old wisdom via a set of texts called the Five Classics.

And then died his son Po-Yu and his favorite pupil Yen Hui.

Moreover, his disciple Yen-Kiu, serving of the Prince of Lu, was disappointed to him.


CONFUCIUS DIED BECAUSE HE LOST THE HOPE IN THE HUMANITY.

+ Now I understand why I wanted to write about Confucius.

"I thought it would be a parenthesis, and it turned into a job taking all my life," he said, Monday, Sept. 17, in the early afternoon, the President of the Region of Madrid, Esperanza Aguirre, in announcing his resignation, visibly moved.
http://www.lemonde.fr/politique/article/2012/09/17/la-presidente-de-la-region-de-madrid-demissionne_1761485_823448.html


A few days ago a friend and colleague  of political party,with a serious illness, died.

Representing the most conservative wing of the government, it was to become one of the most important figures of the Popular Party (PP, right) Mariano Rajoy warned that its decision in the morning.

Among the reasons given by "Espe" to explain his resignation, her health - she had been operated on for breast cancer in 2011 - and "other personal events have occurred in recent years."

+ The Democratic Party has been unable to remove the mention of Jerusalem as Israel's capital of his political program.

"Ed Koch furious at Obama over Israel -- so why is he still supporting him?". By Michael Goodwin, published September 24, 2012; New York Yimes.
Read more: http://www.foxnews.com/opinion/2012/09/24/ed-koch-furious-at-obama-over-israel-so-why-is-still-supporting-him/#ixzz27PmrXbsv 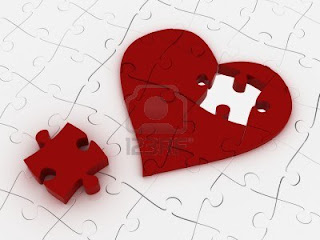