+ I think Nostradamus wrote more about economics and the texts of which I speak are:

Century VIII – Quatrain 14. Possible translation to English:
The great credit of gold, abundance of silver
will cause honor to be blinded by lust
the offense of the adulterer will become known,
which will occur to his great dishonor.

Comment:
+ This is obvious, right?. The easy money will corrupt the people and governments. The waste will be made public and will be known corruption everywhere.

The large pocket(1) will complain, cry,
On having chosen: deceived concerning his age:
Will hardly  want to remain with them,
He will be deceived by those of his language.


(1) Everything depends on the meaning we give to the French word "poche": as a purse, pocket, stock market or place where formerly people had money to go buy the market in town or elsewhere.
+ 1rst Version: People find their pockets empty, no money in his old age, and then they stop supporting those who deceived them, despite being in the same language and nation.
+ 2nd Version:  The quatrain refers to a stock market crises, poverty and a crisis of confidence. 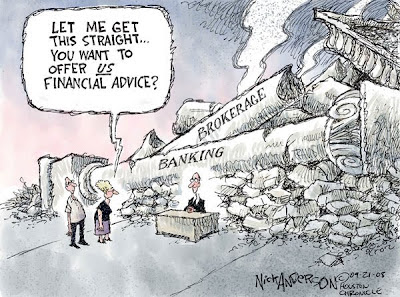 Century VI – Quatrain 23. Possible translation to English:
Coins depreciated by the spirit of the realm,
And people will be stirred up against their King:
New peace made, holy laws become worse,
RAPIS (1) was never in so severe an array.

(1) An anagram of Paris, capital of France

+ This is obvious, right?. The mismanagement of public money to angry citizens, and they will face their governments and their laws. Paris will be a political and social chaos. 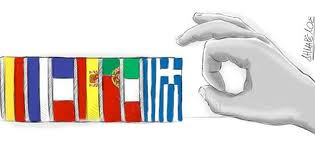 Century VIII – Quatrain 28. Possible translation to English:
The copies of gold & silver inflated,
which after the abduction of milk (1) were thrown into the fire
at the discovery that all is exhausted & dissipated by debt.
All scrips written in marble,  bonds will be wiped out.

"Milk"whether its origin is in the Latin word "lac - lactis" and would make reference to the mythical Greek origin of the cornucopia, so baby Zeus was cared for and protected by a number of divine attendants, including the goat Amalthea ("Nourishing Goddess"), who fed him with her milk. The suckling future king of the gods had unusual abilities and strength, and in playing with his nursemaid accidentally broke off one of her horns, which then had the divine power to provide unending nourishment, as the foster mother had to the god.
...... or "lake" if his origin is in the Latin word "lacus - us" or "lacuna-ae", remember "Lancelot du Lac"a friend of King Arthur of Camelot.

+ This is obvious, right?. Overvalued money, huge debts that are unpaid and savings disappear. The laws will be breached and broken economic agreements.

Century III – Quatrain 5. Possible translation to English:
They will prepare idols of Kings & Princes,
Soothsayers will be believed as high Scryers: Horn (1), victim of gold, & azure, pungent,
Omens will be interpreted.

(1) Horn of plenty o Cornocupia:
-  The cornucopia (in Latin also cornu copiae) or horn of plenty is a symbol of abundance and nourishment, commonly a large horn-shaped container overflowing with produce, flowers, nuts, other edibles, or wealth in some form. Originating in classical antiquity, it has continued as a symbol in Western art, and in North America is particularly associated with the Thanksgiving holiday.
source: http://en.wikipedia.org/wiki/Cornucopia
+ The governors will make forgeries and portend a future of success, but the Cornucopia was over and then the ancient omens will be interpreted by ...... who?
+ Who will be the person interpreting the old prophecies? Who will believe in them? and how can they handle the truth? . 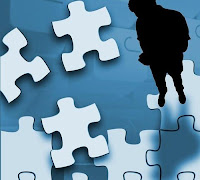 Century III – Quatrain 5. Possible translation to English:
Near far the failure of the two great luminaries,
Which will occur between April & March:
Oh what a loss but two great debonnaire ones,
By land and sea will relieve all parts.

+ Someone say it can be gold and silver, others say it may be oil and gas, anyway two very important things missing between April and March, until the two leaders come to the aid.

+ Nostradamus build a puzzle prophetic with SEVEN interrelated parts.
+ These quatrains are not dated but they do mention a widespread economic crisis that toppled governments and laws. France will be affected by this crisis. It is a debt crisis and huge economic corruption.

+ This will be the biggest economic crisis and will never again reach the levels achieved wealth.

+ Nostradamus does not usually write dates, he gives us temporary circumstances which will produce something. This can be seen in the first part of the ruin of the world economy that I wrote months ago:

"Just before King killed.
Castor and Pollux in ship,comet.
The public treasury emptied by land and sea.
Pisa, Asti, Ferrara forbidden land".
+ We can only wait and see what happens ....... unfortunately 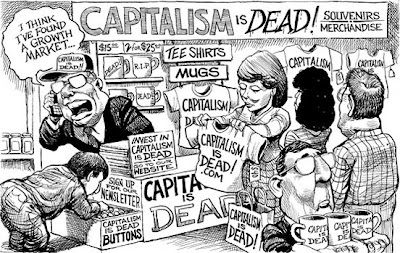 Century 5 - quatrain 31. Possible English Traslation:
At the market that they call that house of liars,
Of the entire Torrent and field of Athens:
They will be surprised by the light horses,
By Albanians War, Lyon, Saturn one version (1, or "one changed like Saturn")


INFO:
1- "One version" or "Universe" (Unus + Vorsum, latin contraction)
What is the etymology of the word universe?

+ The word Universe Derives from the Old French word Univers, Which in turn Derives from the Latin word universum. The Latin word was used by Cicero and later Latin authors in many of the same senses as the modern word is used In English. The Latin word Derives from the poetic contraction Unvorsum - first used by Lucretius in Book IV (line 262) of his De rerum natura (On the Nature of Things) - which connects one, uni (the combining form of unus, or "one" ) with vorsum, VERSUM (a noun made ​​from the perfect passive participle of vertere, meaning "something rotated, rolled, changed")

+MYTHOLOGY: Saturn lost its power by force. He was banished and castrated by his own son and wife. The god was betrayed by members of his family.


COMMENT:
+ Nostradamus could make reference to the current economic crisis in Greece.
And the fault is of themselves.  AND WAR AGAINST TURKEY / PERSIA