THE CONCLUSION: (in progress)

-HOW TO BUILD A CASTLE AMONG THE CLOUDS-.

A) -MY CONCLUSION.
+ My work is one based on Edgard Allan Poe´s short story "The Gold Bug". I advise to read the story. The problems above and explains POE are:

-The letter "E"
-The handwritten text,
-Such as looking up "The bishop´s hotel"
-And the error of "Jupiter".

So read the short story.
http://en.wikipedia.org/wiki/The_Gold-Bug

+ Mccormick hid in the Marais Temps Clair Consevation Area (ST. Charles County, Missouri), at a distance of about 36 or 29 miles it travels to the west or east to get there from somewhere in St. Louis (MO), a suitcase with $ 99.840 and more (I suppose hid any evidence related to the unsolved murder of someone named "thorn") in a pit observation is after a loop and an intersectionin a area between Pool 6, Pool 7 and pool 10, and near a house number 35. (i prefer look pool 6). Look:

-----The number 74 links the Conservation Area with the railroad that delimits. (Note: On March 13, 1974, Amtrak restored passanger train service over segments of Missouri Pacific-Texas and Pacific´s original "texas Eagle" route between St. Louis, Littie Rock, Dallas, Austin, San Antonio and laredo. Source Wikipedia.). It is a clue that can get there by train.

01---The FBI says that writting this way since his chilhood, so we have a children´s game modified by experience that gives the time.
---The FBI says that Mccormick did not trust either his mother, family and friends about his code and decode.
---The murderers also make spelling errors when writting encrypted text (remember the Zodiac killer).

+ Claudio was a member of the Roman imperial family and he was regarded worldwide as an incompetent idiot but he became emperor of Rome.

As all the political posturing, murder, blackmail, and debauchery continued to unfold around him over the years, Claudius sat back and watched, listened, and, above all, learned. Outwardly he was the most unlikely candidate for emperor of Rome. Not only had polio left him with one leg shorter than the other, but he also suffered from a nervous neck twitch as well as a life-long speech impediment, all of which earned him the nickname, “Claudius the Stammerer” and “Clou-Clou Claudius.”
More Read:
http://www.themortonreport.com/entertainment/television/bbcs-i-claudius-celebrates-its-35th-anniversary-on-dvd/

In both cases, history shows that you must not look down on anyone for reasons of race, religion, sex, disease or wealth.


1)--THEORY ABOUT A MAN WELL-EDUCATED:

+ A well-educated person puts his name at the end or begginning of a letter.

+ Do you want to look for the signature of Mccormick which usually becomes the firm?

I See the last line of the 2nd note written this way:

You can see WHAT repeats?

+---Remember " The silent of the lambs" and the emperor Marcus Aurelius. Look his book titled "The Meditations":

+It is the museum scene: The last meeting between Hannibal and Clarice, face to face.
http://www.youtube.com/watch?v=RLatjgB3jAg

McCormick was the notes in the pockets of his pants, not out:

There are three possibilities.
1 - thief: he empties his pockets
2 - Murderer. He empties his pockets and removed evidence (destroying notes)
3 - Sudden unexpected death: The witness of his death gets rid of the corpse and not worry about anything else

And a place:
The body is left ​​very close to the road, unburied and easy to to the naked eye

+---As POE wrote in "The gold bug"  when you find a word are also the begginig and the end of another word, etc....

What are the most common verbs in a will?


7)--KEYLETTERS THEORY.
+The vowel are optional because only consonants are needed to determine a word.
+ The vowel serves to avoid confusion between similar words:

+ Looking for more usual words in the English Language: The, it, is.....

+ The numbers used to measure the space, time and establish an order:
71, 74, 75, 94 is a linear and progressive series of numbers....Is a LIFE or a destination in somewhere.

--The numbers are a drawing, a series of letters and sounds too. Look : 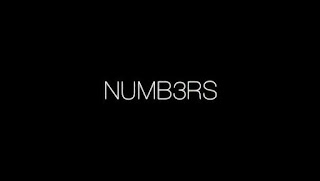 +---When i figured that "94" was the date of his release from prison, i imagine that note 1 was the short story of his life:

A SICK MAN SPEAKS BECAUSE HE KNOWS HE WILL DIE.
+Then i remember Confucius. He explained it so concisely his life, like this:


+---"At the age of 15, my mind was occupied in the search for truth through the study; at 30 years, i had found solid and inmutable principles; at the 40 years, i had already overcome all doubts and hesitasions; at 50 years, i knew the Law that the Heaven printed on all living beings to be directed to their end; at 60 years, i easily knew the cause of all the actions; at 70 years, i met the desires of my heart in perspective".

MURDER OF SOMEONE:
+ --- Mccormick did the same in the 2nd middle of note one.... and reveals that there is the insolved murder of someone named or nicknamed "THORN" (line 12, note one).

+This sign can represent the name of someone who had been killed, but who was?. .... and this was really the sign THORN?

Until I read the story of Christopher Tritto in River Front Times:
http://www.riverfronttimes.com/2012-06-14/news/ricky-mccormick-code-mysterious-death-st-louis/

Yes, there was an unsolved murder related to the workplace of Ricky Mccormick (Amoco gas station):


" Later the same month, while working at the family's Amoco station, Baha Hamdallah was arrested again, this time on a felony charge of second-degree assault, for allegedly beating a man named Elroe Carr with a rusty hammer. Baha allegedly threatened to kill Carr, described by family and acquaintances as a sometimes-homeless drug addict, if he didn't get off the property. Baha told police, "I just figured I'd take care of this myself," according to the incident report.

On August 7, 1998, two weeks before Carr's case against Baha Hamdallah was slated to go to court, Carr was gunned down just blocks from the Amoco station on a residential street in the neighboring housing project. The pending assault charges against Baha died that night with Carr.

Carr's murder remains unsolved, and police made no arrests. But confidential informants told police Carr was killed "at the behest of Baha Hamdallah," according to St. Louis police reports obtained through a public-records request. "

+ And then I think that he could have written the name "ELROE CARR" (murdered) or "BAHA HAMDALLAH" (murderer) using geometric shorthand signs like as I call "X1" (awful).  Like this:

+The FBI says that writting this way since his childhood so we have a children´s game modified by esperience that gives the time.

+ It is a children´s game. literally.

+---He can read and write but also we must considerer the language of the street (slang): http://www.internetslang.com/

+ A word can be written of several forms and to will. It is an imperfect and personal application of their knowledge.

+---This is not a professional encryptation. Family and friends are not experts in stenography or shorthand, so it is easy to deceive.

13) THEORY OF SHORTHAND/ AN STENOGRAPHIC SYSTEM:

+Look "Criminal Minds", season one, Episode 17, "A real rain", to understand the peoblematic characteristics of the shorthand / stenographic system.

1-The note one looks good.
2-The note two has a bad look, looks dirty and messy.

Why does the note two is different if they were written by the same person?

1-The note one is a finished work.
2-The notetwo is a work in progress, and this means:

a. The author has not been able to get to a safe place and to finish his work.
b. The author has done a dirty hand work before writing his note.
c. The note 2 may have  more errors because it is an unfinished work.

So why he did not reach a safe place or home?.

15)-- THE LANGUAGE USED IN THE SHORTHAND TEXT BY MCCORMICK IS:


-+--The hyphen join the letters in a word.
-+--Finally, the solution of a stenographic text needs to add vowels and words that have been deleted because it is these unnecessary letters in the transcript of a speech. XORLX = MCCORM(i)CK

And I also hope Obama visit Jerusalem again at Easter.