--- It is usual: Perhaps the St. Louis PD and the FBI hides some information. So my opinion is only a theory until if reveals something new ( if there is anything new, of course ).


++ It appears that the FBI and local police lied to the family of McCormick:

McCormick's mother, Frankie Sparks, says:
"They told us the only thing in his pockets was the emergency - room ticket,"
"Now, twelve years later, they come back with this chicken-scratch shit."

-In the links I mentioned above can read the full story.
-It seems that everyone thought that Ricky was a idiot and the family was misled or not informed of police/FBI  investigations.

---It is unusual but necessary to understand the sequence of events:
+ The note 2 is dirty.
+ The notes are still inside their clothes.
+ You can not explain his dead. No evidence.
.... but this may be related to each other. 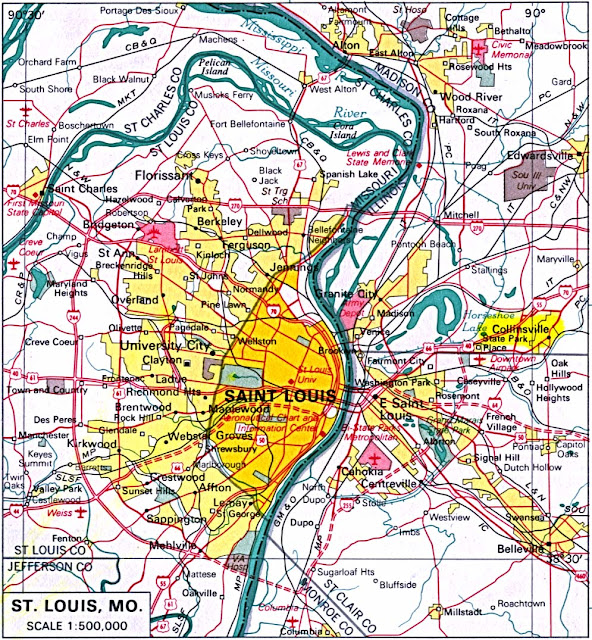 + The map of St. Louis (mo) that accompanies this page is not current but it can be used to get on idea of the situation of the rivers, the county of St. Charles, West Alton, and the place where the deceased was found: North of St. Louis (mo), a triangle between highway 367 (look 67), Spanish Lake and the railway line CB-Q.

+ Mccormick had a St. Louis (mo) an official/legal address: 1400 Chouteau Avenue, near the center of the City and the Mississippi River.

+ MARAIS TEMPS CLAIR CA. (mo) is a blue spot beneath "Portage des Sioux" in the northwest corner of the map (between railway line CB-Q and roads ).

---I always thought it strange the place where she / he found the corpse of Mccormick. It was the weirdest place to put down and hide a body. My knowledge of the area down to my reading of the works  of Mark Twain, the person who best knew the Mississippi River and its tributaries like the Missouri River, in particular his travel books:

---A river is one of the best places to get rid a body. The river moves objects, rot, destroys and change the land with the force of the flood. And usually ends up the dead from somewhere flooting in the river. The evidences are usually erased by the water and we see quite decomposed corpse.

---But Mccormick was found next to the highway 367 and a dirt road, was at first sight, and at the corner of a cornfield. Nobody knows who killed him and how. The FBI is determinated to say "it is a murder case" but will not say why. The medical examiner of St. Charles County was not able to find something to justify the death of Mccormick.

-Mccormick who was identified by his finger prints, suffered from chronic heart and lung problems.

-It remains a puzzle why he might have decided one day to visit and agricultural area.


+ I decided to review the information avalable at:

---The most likely solution Mccormick´s death and case (the notes and the code that FBI does not understand) is given as follows:

1)- On Friday Mccormick went to the doctor for further treatment. He was ill for a long time. He suffered a cardiovascular disease and received a certain amount of money for it. He was lost seen alive late in the afternoon of june 25 at Forest Park Hospital in St. Louis (mo).

2)- I guess on Monday went to MARAIS TEMPS CLAIR CA. (mo) to bury a suitcase.

3)- On Wednesday his body was found in on advanced state of decomposition and their clothes had two notes.

4)- The dead body was left near the highway 367 and in plain view at the corner of a cultivated field.

5)- Mccormick did not own a car or motorcycle and the area is not served by buses or trains.

6)- Living on and off with his elderly mother and spending much of his time on the street.

7)- The note 2 is dirty and unsightly compared with the note 1, and the difference opens another very important path:


8)- Mccormick´s family members said he had used similar code as a secret language since his childhood and that none of his relatives knew  how to decipher.


9)- In addition to a few misdemeanor offenses, he had been convicted of statutory rape and served about 11 months of a three-year prison sentence ( sentence date 11/ august /93 ).


+ These figures inspire me these questions: 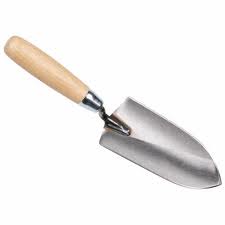 -Where is the backpack or knapsack to carry the usual items on a short trip?
-Why continues the notes on the clothes?
-The note 2 is so because it is an interim note. Why?
-Why in note 2 there is a big spot?


+ In my humble opinion the answer is found in "Tom Sawyer Detective" a novel by Mark Twain that made me reflect on:


-The importance of the presence or abscence of a small screwdriver.
-The question of Blacksmith: Why kill?
-The ignorance of Jupiter Dunlap.


---( I recommend reading the novel based on real criminal fact happened in Europe before someone decides to ban or rewrite the book of Mark Twain to be a "dangerous racist propaganda" to children´s minds ).

To be Continued .
JSP.