Is it really that hard to go take a look in Marais Temps Clair Conservation Area (MO)?


"A Murder With Too Many Notes"

I can speak of an even stranger story.

+ Three people wanted to help me check my theory about a treasure in Marais Temps Clair CA (MO).

INFO:
I think I have discovered the meaning of notes, which the FBI made ​​public to discover its meaning and who killed Ricky Mccormick
http://www.fbi.gov/news/stories/2011/march/cryptanalysis_032911
http://prophecyexperimentalzone.blogspot.com.es/2011/06/to-fbi-possible-solution-of-mccormicks_09.html
+ Three people have disappeared or have not wanted to talk to me again.

+ The first said that I should be quiet until he returned to contact me.
Read More:
http://voynichthoughts.wordpress.com/2012/04/03/fbi-vs-the-vm/#comments

+ The second spoke through Facebook and their page seems "dead".

+ And the third is running away by train. .... but before he went to Marais and found something strange, this is his story:
http://4chandata.org/x/I039m-on-the-run--x----I-suppose-now-that-I039m-enroute-its-safe-to-tell-what-I-came-across-This-is-OP-from-the-Ricky-McCormick-th-a329788

This story has pictures. the first picture is perhaps the most interesting: 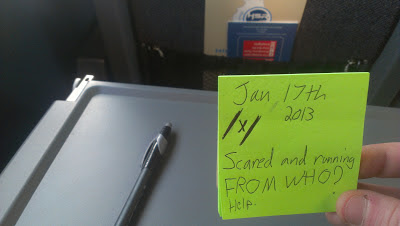 EASY?
I thought to check my theory would be something easy, something like going to a picnic .....

.....  but this seems more a Robert Redford´s film called "THREE DAYS OF THE CONDOR". 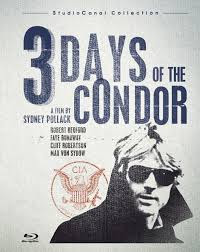 + A bookish CIA researcher who works in a clandestine office in New York City. He reads books, newspapers, and magazines from around the world, looking for hidden meanings and new ideas. As part of his duties, Turnes files a report to CIA headquarters on a low-quality thriller novel his office has been reading, pointing out strange plot elements therein, and the unusual assortment of languages into which the book has been translated.  He finds all his co-workers dead, and must outwit those responsible until he figures out who he can really trust.

I have explained only a dream. the black girl's dream.
http://prophecyexperimentalzone.blogspot.com.es/2012/05/dream-about-mccormick-and-little-black.html


The dream ends this way:

"+ Thus we come to my house. There are a few onlookers who take photographs but do not help me. The pursuer jump out my window and I look at what has happened in the street..... and i see the street is covered with snow, the pursuer too, except that a corner of the street is a half-buried human figure."
The explanation seems simple:
- A black girl sick relative to Mccormick (perhaps granddaughter) who needs help ... and everything will resolve when the sun's heat to melt the snow."


NOW I think I know who is the figure that is hidden under the snow in a corner. It's the future, and has come. The third man must hide and so should be..... and rightly so.

He recently told me which he is hidden in some place safe.

NOW I hope that the snow  become water again clear, odorless and tasteless.

"near a tree by a river
there's a hole in the ground
where an old man of aran
goes around and around
and his mind is a beacon
in the veil of the night
for a strange kind of fashion
there's a wrong and a right
but he'll never, never fight over you"
http://www.youtube.com/watch?v=5ehHOwmQRxU 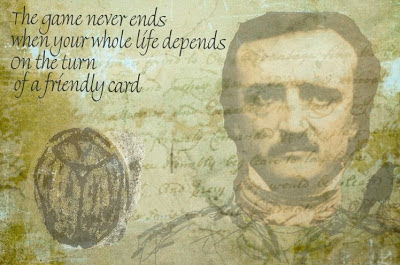