Century 1 - Quatrain 40. possible English Traslation:
The false whirlwind dissimulating his madness
will cause Byzantium(1) to change its laws.
From Egypt there will go forth a man who wants to break
Edict changing money and values (quality, rank or grade) .


INFO:
1+BYZANTIUM
From ancient Greek colony, was refounded by Emperor Constantine the Great in 330, and renamed Constantinople, was the capital and center of classical culture of the Eastern Roman Empire or Byzantine Empire. Corresponds to the present Turkish city of Istanbul.
Source;
http://en.wikipedia.org/wiki/Byzantium

TURKEY CHANGE:
+ ERDOGAN has been widely considered to be the most influential Turkish leader of the Republican age after Mustafa Kemal Ataturk. Under his premiership, the country continued to grow economically and consolidate its position as a regional power with global ambitions. His foreign policy vision is claimed to rest on the Neo-Ottomanism, the policy according to which, Turkey should maintain and increase its presence in the lands formerly ruled by the Turkish empire.

Erdoğan had made his first official visit to Egypt on 12 September 2011, accompanied by six ministers and 200 businessmen. This visit was considered a diplomatic success. It was made very soon after Turkey had ejected Israeli ambassadors, cut all diplomatic and bilateral military agreements. because Israel has refused to apologize for the Gaza flotilla attack which killed eight Turkish and one Turco-American aboard a convoy headed to Gaza. and within the last 15 years and after Egypt Revolution of 2011, this is the first visit by a Prime Minister of Turkey.
SOURCE
http://en.wikipedia.org/wiki/Recep_Tayyip_Erdo%C4%9Fan

" Under Mustafa Kemal’s leadership, the young republic made a clean break from its Ottoman past nearly nine decades ago, ditching the caliphate for a secular regime and turning away from the empire’s former Arab territories in favor of an anti-clerical, pro-Western vision that became known as Kemalism. He pushed for women’s suffrage, decreed the alphabet’s conversion from Arabic to Latin overnight, established parliamentary government, declared war on Islamic zealotry long before jihadism became a global concern, even banned the Ottoman fez in favor of European-style hats. Turkish schoolbooks today summarize the changes he imposed as “the Atatürk revolutions.”

"Nevertheless, Mustafa Kemal’s staunchly secularist legacy is now being challenged by a new Turkish strongman, Recep Tayyip Erdogan. Free at last to espouse and promote his conservative Muslim faith publicly, the prime minister embodies the political aspirations of millions of Turks who have been alienated from the military-backed secular establishment for generations: the rural folk, the urban poor, conservative Muslim clerics, and the rising religiously conservative business classes. While studiously avoiding direct confrontation with Atatürk’s Westernized ideals, Erdogan and other pro-Islamist leaders of the ruling Justice and Development Party (AKP) have inaugurated an era of deep political transformation."
MORE READ:
http://www.thedailybeast.com/newsweek/2012/12/16/turkey-is-ataturk-dead-erdogan-islamism-replaces-kemalism.html


EGYPT CHANGE:
+MOHAMMED MURSI
The President of Egypt seeks to influence the drafting of a new constitution of Egypt. Morsi favors a constitution that protects civil rights, yet is enshrined in Islamic law.

+In a speech to supporters in Cairo's Tahrir Square on 30 June 2012, Morsi briefly mentioned that he would work to free Omar Abdel-Rahman, convicted in the 1993 bombing of the World Trade Center in New York City, along with the countless other Egyptians who were arrested during the revolution. A Brotherhood spokesperson later said that the extradition was for humanitarian reasons and that Morsi did not intend to overturn Abdel-Rahman's criminal convictions

+On 8 December 2012, Morsi annulled his decree which had expanded his presidential authority and removed judicial review of his decrees, an Islamist official said, but added that the effects of that declaration would stand. A constitutional referendum was still planned for 15 December. George Isaac of the Constitution Party said that Mursi’s declaration did not offer anything new, the National Salvation Front rejected it as an attempt save face, and the April 6 Movement and Gamal Fahmi of the Egyptian Journalists Syndicate said the new declaration failed to address the "fundamental" problem of the nature of the Assembly that was tasked with drafting the constitution
SOURCE
http://en.wikipedia.org/wiki/Mohamed_Mursi

WAR and then Turkey & Egypt they will change for worse


Century 5 - quatrain 25. Possible English traslation.
The Arab Prince Mars, Sun, Venus, Lyon,
The Kingdom of the Church(1) will succumb by sea:
Towards Persia very nearly a million men,
The serpent will invade Byzantium and Egypt.(2)


INFO:
1+  KINGDOM OF THE CHURCH or Vatican City, in full State of the Vatican City, Italian Stato della Città del Vaticano , Is a ecclesiastical state, seat of the Roman Catholic church, and an enclave in Rome, situated on the west bank of the Tiber River. Vatican City is the world’s smallest fully independent nation-state. Its medieval and Renaissance walls form its boundaries except on the southeast at St. Peter’s Square (Piazza San Pietro).

+The Vatican palace is the residence of the pope within the city walls. The Holy See is the name given to the government of the Roman Catholic church, which is led by the pope as the bishop of Rome. As such, the Holy See’s authority extends over Catholics throughout the world. Since 1929 it has resided in Vatican City, which was established as an independent state to enable the pope to exercise his universal authority.
Source;
http://www.britannica.com/EBchecked/topic/623972/Vatican-City


+St. Pius X, at a hearing in 1909 the General Chapter of the Franciscans had known suddenly his vision, when he exclaimed: "It is terrible, the Pope will have to leave Rome, and passed over the dead bodies of his priests to leave the Vatican." Another version adds: "It will be hidden somewhere in disguise, and after a short retirement suffer a cruel death.".
More Read;
http://prophecyexperimentalzone.blogspot.com.es/2012/12/islam-06-war-of-gods.html

+ 2  VER. SERP. Maybe two Latin words shortened "VERSUS SERPENS" which can mean "snake that has rebelled". In the Bible the serpent is often associated with the devil and the evil.


COMMENT
+ A leading Arab, Muslim, and military leader lead his army against the West.

+ The state of the Vatican will be conquered and the Pope will leave Rome as predicted by a former Pope (PIUS X ), several saints (as John Bosco) and advised by Nostradamus:

Juan de Vatiguerro (Cistercian, XIII century, compiler of prophecies. this prophecy was attributed to S. Cesareo and published in the Mirabilis Liber, 1524) says that when Paris is destroyed the Pope will change of residence and the Catholic Church will be no defense for 25 months because no Pope in Rome and ruler in France.
+The Mirabilis liber seems to have served as a major source for the prophecies of Nostradamus, and was placed on the Lisbon version of the Church's Index of Forbidden Books in 1581.
Source:
http://en.wikipedia.org/wiki/Mirabilis_Liber

Juan Roquetaillade ( Franciscan alchemist, born 1362) also predicted: "The Pope will have to flee their headquarters with his Cardinals, will benefit from a break where no one will recognize you, this affliction will surpass everything that has previously supported the Church".
More:
http://en.wikipedia.org/wiki/Jean_de_Roquetaillade


+ This will be possible when Iran will be attacked and then Turkey and Egypt moved to the side of evil (by the serpent): THE DUUMVIRATE, Nostradamus wrote. (To be continue). 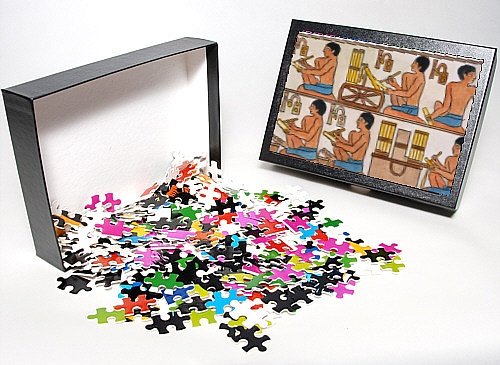 And I also hope Obama visit Jerusalem again at Easter.