THE WORST IS YET TO COME

As I wrote on March 5, 2011 Obama has been reelected.
http://prophecyexperimentalzone.blogspot.com.es/2011/03/jeane-dixon-two-visions-about-obama.html

10 years later
You can find the first dream of Jeane Dixon at the following address:
http://www.greatdreams.com/dixon.htm

+ Mrs. Dixon, in a second vision, ten years later, received notice that the power to take that boy saw was not from God, though He stood as envoy of the Divine.

+  The message Also Revealed That this man's life imitate Christ's life, point by point: that the child would be Snatched from his birthplace, at age eleven tremendously important something happen in your life and make him aware of his destination, at the thirty years in public affairs and would make fans, there is before the world as being full of sexy and wisdom called upon to solve the problems of humanity.

+   Mrs. Dixon says it will make frequent trips to Also the U.S., where his supporters will Control of the mass media to proclaim That Used him as the savior, the man of peace expected, shortly after its domain be extended to the whole world going back to Jerusalem to proclaim.

+  The domain will be brief and will drag the world into confusion and Such a universal disorder culminating in a World War and sudden destruction.

+  At the end will appear the sign of the cross over the heavens in the midst of Global Conflicts and the win of the good guys. 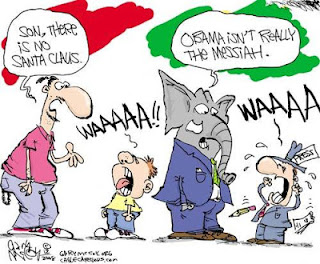 Now we can to continue to remember the past events of the life of Christ & present (and future) of Obama:

WATER, WIND & FAITH
+ He walks over the water of the  Tiberiades sea.  Peter's faith is weak and he sinks.  Jesus saves Peter and complains of his lack of faith in him. (Saint Matthew 14:22-36).

- Did Peter trust in  Christ?
- Chris Christie trust in Obama.

+  In the United States, Hurricane Sandy affected at least 24 states, from Florida to Maine and west to Michigan and Wisconsin, with particularly severe damage in New Jersey and New York. Its storm surge hit New York City on October 29,2012, flooding streets, tunnels and subway lines and cutting power in and around the city

+ The storm, which hit the United States one week before its 2012 general election, affected the presidential campaign as well as local and state campaigns in storm-damaged areas. New Jersey Governor Chris Christie, one of Mitt Romney's leading supporters, praised President Barack Obama and his reaction to the hurricane and toured storm-damaged areas of his state with the president.

Political scientists believe natural disasters can hurt an incumbent's reelection chances as voters often blame whoever is in office for adversity.

In this case this has not happened, just the opposite.
They have not lost faith in Obama.

According to a recent ABC News poll, 78 percent of 1,288 likely voters between Oct. 27 and Oct. 30 rated Obama's response to Hurricane Sandy as "excellent/good."

Even Republican supporter and billionaire Donald Trump told CNBC's "Closing Bell" Thursday that the hurricane may have shifted the momentum towards Obama.

"I think it would have absolutely been Mitt Romney except for the Hurricane," Trump said of Tuesday's election. "I think the Hurricane has had a profound effect and it's going to help President Obama a lot."

+ He is confronted with the High Priest and his followers.

FACTS
- Joseph ben Caiaphas or Yosef Bar Kayafa (Hebrew and Aramaic: Yosef ben יוסף בַּר קַיָּפָא Cayafás). Jewish High Priest, of the sect of the Sadducees but lived during the reign of Emperor Tiberius. He was one of the leaders of the conspiracy that succeeded the death sentence of Jesus of Nazareth.

- Sadducees are the descendants of the High Priest Zadok,  of the era of Salomón. name Zadok means "justice" or "righteousness", and can be interpreted as just or righteous.

- The Sadducees were members of the upper class of the Jewish society of the time, so that all conquerors sought their support to bring the people. This was indeed the policy of this group, ie, were the traitors who submitted to foreign power, whether Greek or Roman, and adopted its fashions and culture, so they were very hated by the extremist group, the Zealots. This submission to power have allowed major public office, the high priest was a member of this group, and the aristocracy and major landowners.

- Being closely associated with the Temple in Jerusalem, the Sadducees disappear from history as a group after the Temple was destroyed in AD 70. 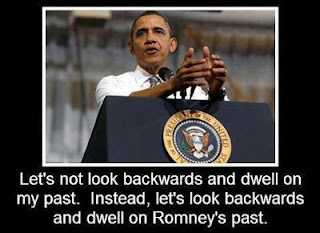 FACTS
+Romney is a former BISHOP of  The Church of Jesus Christ of Latter-day Saints (LDS Church).

+ During his business career, Romney held several positions in the local lay clergy. In 1977, he became a counselor to the president of the Boston Stake. He served as bishop of the ward (ecclesiastical and administrative head of his congregation) at Belmont, Massachusetts, from 1981 to 1986. As such, in addition to home teaching, he also formulated Sunday services and classes using The Church of Jesus Christ of Latter-day Saints (LDS Church) scriptures to guide the congregation. After the destruction of the Belmont meetinghouse by a fire of suspicious origins in 1984, he forged links with other religious institutions, allowing the congregation to rotate its meetings to other houses of worship during the reconstruction of their building.

+ From 1986 to 1994, Romney presided over the Boston Stake, which included more than a dozen wards in eastern Massachusetts with almost 4,000 church members altogether. He organized a team to handle financial and management issues, sought to counter anti-Mormon sentiments, and tried to solve social problems among poor Southeast Asian converts. An unpaid position, his local church leadership often took 30 or more hours a week of his time, and he became known for his considerable energy in the role. He earned a reputation for avoiding any overnight travel that might interfere with his church responsibilities.

+ Romney took a hands-on role in general matters, helping in domestic maintenance efforts, visiting the sick, and counseling burdened church members. A number of local church members later credited him with turning their lives around or helping them through difficult times. Others, rankled by his leadership style, desired a more consensus-based approach. Romney tried to balance the conservative directives from church leadership in Utah with the desire of some Massachusetts members to have a more flexible application of religious doctrine.

+ He agreed with some requests from the liberal women's group that published Exponent II for changes in the way the church dealt with women, but clashed with women whom he felt were departing too much from doctrine. In particular, he counseled women to not have abortions except in the rare cases allowed by LDS doctrine, and encouraged single women facing unplanned pregnancies to give up their baby for adoption. Romney later said that the years spent as an LDS minister gave him direct exposure to people struggling financially and empathy for those with family problems.

And so this chapter is fulfilled.

And as the bible says:

21.
1 As they approached Jerusalem and came to Bethphage on the Mount of Olives, Jesus sent two disciples,
2 saying to them, “Go to the village ahead of you, and at once you will find a donkey tied there, with her colt by her. Untie them and bring them to me.
3 If anyone says anything to you, say that the Lord needs them, and he will send them right away.”
4 This took place to fulfill what was spoken through the prophet:

5 “Say to Daughter Zion,
‘See, your king comes to you,
gentle and riding on a donkey,
and on a colt, the foal of a donkey.’”

“Hosanna to the Son of David!”

“Blessed is he who comes in the name of the Lord!”

“Hosanna in the highest heaven!”
10 When Jesus entered Jerusalem, the whole city was stirred and asked, “Who is this?”

11 The crowds answered, “This is Jesus, the prophet from Nazareth in Galilee.”

.... that the U.S., where his supporters will Control of the mass media to proclaim that  him as "the savior", "the man of peace" expected, shortly after its domain be extended to the whole world going back to Jerusalem to proclaim his victory.

I would like to quote from the July, 1965, Reader's Digest book section. The condensed book "a gift of Prophecy", written by that famous  prophetess, Jeane Dixon. Jeane Dixon is guided by a familiar spirit (a consulter of mediums) which is forbidden by God. This makes her a prophetess of Satan. The article concludes with the following words:

"A child born in the middle East on February 5, 1962, will revolutionize the world and eventually unite all warring creeds and sects into one all-embracing faith. This person, who has been the subject of some of Jeane Dixon's strongest, clearest visions, was born of humble peasant origin. Mankind, she says, will begin to feel the great force of this man about 1980, and his power will grow mightily until 1999, at which time there will be peace on earth to all men of good will."


She says, Humanity will know the enormous strength of this man about the year of 1980, and his power will "grow enormously" until 1999, at wich time there will be "peace on earth for all men of good will". The date was not correct of course because she was also astrology and so she made her calculations; and I'm no astrologer, nor do I care this.

The domain will be brief and will drag the world into confusion and Such a universal disorder culminating in a World War and sudden destruction.

+ He will be betrayed by one of his own party
Update 09/17/13 - Edward J. Snowden must be like a Judas Iscariot
http://prophecyexperimentalzone.blogspot.com.es/2013/06/2dixons-dream-dead-of-edward-snowden.html

Texas Gov.-elect Greg Abbott announced Wednesday that Texas is leading a 17-state coalition suing the Obama administration over the president's executive actions on immigration.
The lawsuit was filed in U.S. District Court in Texas on Wednesday, and names the heads of the top immigration enforcement agencies as defendants.
Abbott, in a news conference in Austin, said the "broken" immigration system should be fixed by Congress, not by "presidential fiat."

It's a shame when US states have to sue the president to follow the law.

+ He is abandoned by most of his supporters

+ He is crucified and dead
http://prophecyexperimentalzone.blogspot.com.es/2012/11/crucified-obama-by-michael-dantuono.html

LAST
+ Now I expect Obama's visit to Jerusalem riding his "beast" (Car or donkey), as I already wrote over a year ago, and as the Byble says.


+ And after speaking of peace, the war we will have as Nostradamus wrote:


Century I - Quatrain 92. Possible English Traslation.
Under one man peace will be proclaimed everywhere,
but not long after will be looting and rebellion.
Be the refusal of a town, land and sea will be engaged in.
About a third of a million dead or captured.

1. Who is Joseph, the puppeteer?

2. Why Obama's mother was betrayed and poisoned with a drink, as Jean Dixon explains in his 1rst dream?

The answer to the third question seems the Hopi Indians have it.
Read more: