WAR 09: OBAMA GOES TO HIS OWN WAR, FINALLY. (TURKEY'S BETRAYAL AND THE ISLAMIC REPUBLIC OF EGYPT)


THE END OF A VISION.
CHAOS  AND THE ALLIES ARE TRANSFORMED IN ENEMIES
THE BLACK MAN AGAINST THE EVIL BLACK MAN OF MESOPOTAMIA


PREVIOUSLY
Mrs. Jeane Dixon, in a second vision, received notice that the power that  will take this boy  saw was not from God, though he stood as envoy of the Divine.

The message also revealed that this man`s life imitate Christ´s life, point by point: that the child would be snatched from his birthplace, at age eleven something tremendously important happen in your life and make him aware of his destination, at the thirty years in public affairs and would make fans, there is before the world as being full of sexy and wisdom called upon to solve the problems of humanity.

Mrs. Dixon says it will also make frequent trips to the U.S., where his supporters will control of the mass media that used to proclaim him as the savior, the man of peace expected, shortly after its domain be extended to the whole world going back to Jerusalem to proclaim.

The domain will be brief and will drag the world into such a universal confusion and disorder culminating in a sudden destruction and World War.


My opinion,You have to remember these important places or events  in the life of Obama to understand the vital parallelism: Belen/ ?,  Egypt/Indonesia, father dies, return home and schooling (10/11 y.o.), travels, teacher or rabbi, acts of charity, the great support of the media .........  nobel peace prize, trip to Jerusalem riding his "beast"/car,.... and finally the  War and mundial chaos.

IGNORANCE AND DISDAIN
Obama has come under fire for underestimating the threat of  ISIL / ISIS  or IS wreaking havoc across the Middle East and threatening the western way of life, and yet he continuously refers to them as ISIL, for example, he used the acronym ISIL twenty times. Both describe the same murderous organization. The difference is that the Levant describes a territory far greater than simply Iraq and Syria. It's defined as this: The Levant today consists of the island of Cyprus, Israel, Jordan, Lebanon, Syria, Palestine, and part of southern Turkey..... and thus avoids the word "Islamic".

+ In a televised address this evening (september 10 2014), President Barack Obama outlined his ideas on how to defeat the Islamic State. Along the way, he declared the organization variously known as ISIS or ISIL to be "not Islamic."

Obama has dared to declare an entire organization (and quasi-state) to be "not Islamic." In the end, though, neither U.S. presidents nor Islamist apologists fool people. Anyone with eyes and ears realizes that ISIS, like the Taliban and Al-Qaeda before it, is 100 percent Islamic.


Read more about a religious war and Nostradamus:

ISLAM 06: THE WAR OF THE GODS
http://prophecyexperimentalzone.blogspot.com.es/2012/12/islam-06-war-of-gods.html

President Barack Obama said the United States would fight the Islamic extremists with a coalition, but would not put soldiers on the ground. He refrained, however, from using the term 'war' to describe a four-pronged strategy based on airstrikes, counterintelligence, humanitarian aid, and support for forces in Syria and Iraq currently fighting the militants.

The statements, from spokepersons for the White House, the Pentagon and the State Department, mark the first time that top American officials used the word war to describe the U.S.-led offensive against the militants, also known as the Islamic State. So United States officials declared on Friday that the country 'is at war with ISIL, in the same way that we are at war with al-Qaida and its al-Qaida affiliates all across the globe.'

Meanwhile, Obama has chosen General John Allen to coordinate the war effort against the militants. The general is a retired Marine who played a pivotal role in the Iraqi Sunni uprising against al Qaida in 2007, and later served as America's top military commander in Afghanistan.


THE PIECES ARE IN THE GAME BOARD

The importance of Turkey and Egypt to the United States

Turkey is central to the effort to stop Islamic State's funding and oil smuggling and to restrict the flow of foreign fighters. After Turkey, Secretary of State Kerry travels to Egypt for talks with the new government there on fighting the Islamic State and backing the cease-fire in Gaza between Israel and Hamas.

The U.S. official, who spoke on condition of anonymity because of the sensitive diplomacy involved, said “it’s no secret” that the Obama administration had been pressing Turkey for years to crack down on the flow of jihadists who entered Syria via Turkey’s porous borders. The official disputed that the Turks “worked with” Nusra directly, but he acknowledged that Ankara allowed the group operating space because it was useful in the fight against Assad.

“For quite a while, Turkey, at the very least, turned a blind eye to it,” the U.S. official said. “It’s only in recent months that they’ve done a 180 and now recognize the dangers posed by ISIS and other extremists.”

Turkey has sent mixed signals about its willingness to take a more public position alongside the Americans. While Ankara did label the Nusra Front a terrorist organization in June, Turkish opposition figures claim that the government still isn’t doing enough to stop jihadists from using Turkey as their way station to Syria.

Turkey raised more eyebrows this week at a regional summit in Saudi Arabia, where Turkish officials declined to sign onto a communique expressing support for the campaign against the Islamic State.

But there are other complicating factors that prevent Turkey from taking too prominent a role, not least the fact that the Islamic State is holding dozens of Turkish hostages. In June, the jihadists stormed the Turkish consulate in Mosul, Iraq, and seized 49 personnel, including the consul general. Ankara appears to be taking pains to mute its public criticism of the Islamic State for now, presumably so as not to shut the door on the hostage recovery effort.

The U.S. official’s confirmation of Turkey’s relations with Nusra Front comes in response to remarks by a former U.S. ambassador to Turkey, Francis Ricciardone, who described to reporters on a media call Thursday how the American side grew frustrated that “the Turks, frankly, worked with groups – for a period including al Nusra, whom we finally designated – that we were not willing to work with.”

Turkish opposition-focused media picked up Ricciardone’s remarks, using them as fuel in their campaign to show that Turkish President Recep Tayyip Erdogan’s administration is too cozy with extremist elements.


The importance of Turkey and Egypt to NOSTRADAMUS

+  EGYPT & NOSTRADAMUS: THE HERALD to SCREAM SURRENDER
EGYPT'S FATE DEPENDS ON THE PERFORMANCE OF THE HERALD/ARMy CHIEF.
MORE http://prophecyexperimentalzone.blogspot.com.es/2012/08/egypt-nostradamus-herald-scream.html


Century II - Quatrain 86, Possible english traslation:
Shipwreck for the fleet near the Adriatic Sea ,
The land trembles stirred up upon the air placed on land:
Egypt trembles Mahometan increase,
Herald surrendering himself appointed to cry out.


+ ALL ABOUT EGYPT and TURKEY
More here:


Century 5 - Quatrain 25. Possible English Traslation:
The Arab Prince, Mars, the Sun, Venus and Leo / Lyon (City of France?),
The Kingdom of the Church will succumb to/by the sea.(fleet)
Towards Persia very nearly a million men (an Army)
Egypt  Byzantium  grow up  (to) snake (or late) ? will invade.

The importance of Turkey and Egypt to EDGAR CAYCE

Edgar Cayce predicted that dramatic physical changes would affect the Earth in the years 1958-1998 and would begin with the eruption of Mt. Etna.

The Great Lakes would empty into the Gulf of Mexico linked with a time when ancient repositories would be discovered as people reached the appropriate level of consciousness. The three repositories mentioned are Egypt, the Bimini area, and the Yucatan.

Strifes will arise through the period. Watch for them near the Davis Strait [between Greenland and Canada] in the attempts there for the keeping of the life line to land open. Watch for them in Libya and in Egypt, in Ankara (Turkey) and in Syria, through the straits about those areas above Australia, in the Indian Ocean and the Persian Gulf.

BLACK OF PHYSIOGNOMY & NOSTRADAMUS IN MESOPOTAMIA, ASIA, MYSIA, LYCIA & PAMPHYLIA (TURKEY)
Suddenly a black face or the black look  appears in all its brilliance and becomes popular
http://prophecyexperimentalzone.blogspot.com.es/2014/06/black-of-physiognomy-nostradamus-in.html

Century 8  Quatrain 70, Possible english traslation.
He will enter wicked, unpleasant, infamous,
tyrannizing over Mesopotamia.(Iraq & northeastern section of Syria)
All friends made by the adulterous lady.
the land dreadful, black of physiognomy. 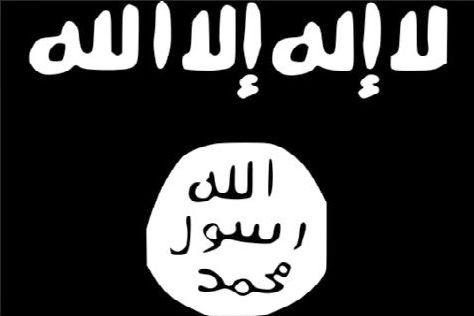 Black Flag of the Islamic State of Iraq and the Levant, also know as ISIL or ISIS. In Syria, it is called ISIS. Photo Credit: Wikimedia Commons


And More
ISIS / ISIL THE GREAT BANDE & SECTE "CRUCIGERE" (to crucify) WILL RISE UP IN MESOPOTAMIA (iraq + northeast of Syria) http://prophecyexperimentalzone.blogspot.com.es/2014/06/isis-isil-great-bande-secte-crucigere.html

ALL ABOUT 01 IRAQ ( MESOPOTAMIA, BABEL, UR & BABYLON ) & NOSTRADAMUS WRITINGS Nostradamus wrote about cities and territories that today are part of Iraq
http://prophecyexperimentalzone.blogspot.com.es/2014/07/all-about-01-iraq-mesopotamia-babel-ur.html

+ And now, soon, the world will be chaotic, Turkey and Egypt switched sides. A new Persian empire i can deploy its forces to Europe, destroying Israel and Rome, and France also for the fulfillment of the prophecy:

+ Mesopotamia will fail in France.

Century 3 Quatrain 99. Possible english traslation:
In the grassy fields of Alleins & Vernègues,
Of the Lubéron range near the Durance,
The conflict will be very sharp for both armies,
Mesopotamia will fail in France.

Red more about about the battle and other related events
http://prophecyexperimentalzone.blogspot.com.es/2012/08/04-kill-pope-3-nostradamus-wrote.html

And France will have a victorious king

Century 10 - Quatrain 95. Possible English traslation:
To the Spains will come a very powerful King,
By land and sea subjugating our South of France:
This evil will cause, lowering again the crescent (muslim symbol)
Clipping the wings of those of Friday (muslim day of prayer).

Read more about this KING
http://prophecyexperimentalzone.blogspot.com.es/2014/06/04-henry-anointed-king-in-reims-blessed.html