MURDER BY DECREE 4: A FATHER WANTS TO KNOW WHO KILLED HIS SON (me too).

Gabriel Moris is a victim of M - 11, as a parent of Juan Pablo (32 y.o.) who died in one of the destroyed trains, but he has also participated in the trial of 11 - M as an expert in explosives. He was part of the team of experts who worked on the analysis of explosives used by the terrorists  ordered by Judge Gómez Bermúdez. For this reason it is a qualified and entitled to speak of 11M people, and to demand an investigation to the end with all the consequences that arise because "no one can forget the unforgettable"(5)


Gabriel Moris, who lost her son Juan Pablo on the train that exploded opposite the Téllez Street on March 11, 2004 has not stopped asking Justice since that day. So much so that after the trial for the attacks, is of the few voices raised to demand truth and justice. With courage and determination has denounced each false evidence and inconsistencies in the official version of what happened that day.(2)
++++++++++++++++++++++++++++++++++++++++++++++
In her search for answers, Gabriel Moris has faced insulting silence of the institutions, absurd theories and many personal losses  to a cause that many people feel lost. But he says it keeps the mood from the moment of the death of his son, because the initiative "is not a personal issue, it's a matter of principles by which the Spanish people deserve to know the truth must fight." (1)
++++++++++++++++++++++++++++++++++++++++++++++
Moris  remembers Bermudez (the judge) in his office, he told himself and a group of victims that "... forgot the Moors", because they had not been they who had committed the attack....   ...in those conversations with Moris and other victims, also said "the attack was due to an evil mind."

Therefore, Moris launched over a year ago a campaign on Change.org web page petition requesting the support of citizens to petition the government, the High Court and the Congress of Deputies something very simple: "To investigate the 11-M".

On the three letters, which are attached as a document on this information, he remember some of the most telling points of the attacks, research and judgment to suggest that what happened that day is not what the judge described Bermúdez in his judgment.

Moris remember that since last ten years of the attacks "only know the number of casualties, and the survivors with known injuries." But of the authors, "we know that there is only convicted as a principal for its presence on trains" but remember that judgment, "has been challenged by the individual and is a matter sub judice."

Furthermore, Moris insite on the appearance of evidence "with overtones of patent falsehood as Vallecas backpack, the Renault Kangoo, the Skoda Favia Alcala" and not investigated scenarios, such as "notices pumps in the city of Alcalá de Henares, the same day March 11, 2004 "blasts or " Martín Gaite street Leganés, or attempts to explode the Mocejon AVE ", all, events " bypassed in law enforcement investigations. "

Of course, do not forget the disappearance of evidentiary samples "taken in wagons by the TEDAX in Madrid, the focus of explosion Santa Eugenia, found in 2012 in Villaverde, recently disappeared without judicial response without information from the Attorney General the State. "(2)


+To President of the Government,
http://www.libertaddigital.com/documentos/carta-de-gabriel-moris-al-presidente-del-gobierno-41913161.html

+To  President of the Congress of Deputies.
http://www.libertaddigital.com/documentos/carta-de-gabriel-moris-al-presidente-del-congreso-de-los-diputados-41913163.html

+To President of the National Court
http://www.libertaddigital.com/documentos/carta-de-gabriel-moris-al-presidente-de-la-audiencia-nacional-41913162.html

Moris-supported by 56,014 signatures, calls for an investigation to try to "all real authors, plot and purpose of lso attacks; justice; regenerate state institutions that have led us to this situation and to prevent and avoid another slaughter of this nature. "(2) 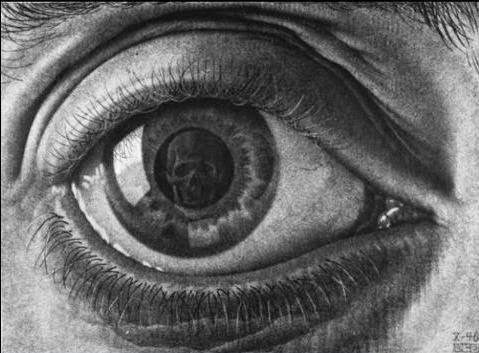