WAR 02 - THE DESTRUCTION OF ISRAEL - (A NOSTRADAMUS PARADOX)

+_ "Israel can only be destroyed by Iraq (formerly Babel, Babylon, Babylonia, the land of Abraham or Mesopotamia) not Iran".

-It is easy to relate the "Synagogue" with the Jews or Israel but is Harder to say who is the hunted.

-The Sinagogue is a Jewish or Samaritan house of prayer, where study thier religious book, and perform some administrative task or health .... but also means "assembly" because it is a word of greek origin.

---Synagogue (from ancient greek: συναγωγή transliterated synagogē, meaning "assembly"). This use of the Greek term synagogue originates in the Septuagint where it sometimes translates the Hebrew word for assembly, קהל kahal. In modern Hebrew a synagogue is called either a בית כנסת beyt knesset, meaning "house of assembly"; בית תפילה or beyt t'fila, meaning "house of prayer", in Yiddish שול shul, from the German for "school," and in Ladino אסנוגה esnoga.

-Babylonia was an ancient cultural region in central-southern Mesopotamia (present-day IRAQ) with Babylon as its capital.


Part three: + A card game and the persecuted-

-Once controlled Iraq, the US gave the order to pursue, capture or kill the most important leaders of the Iraqi regime ; and to facilitate their objective distributed among his troops a deck of 52 cards representing the most wanted. It was a normal deck of cards with pictures of the iraqi Most Wanted , and information about his position on the Iraqi government and the Ba´ath Party.

-Saddam Hussein  was captured on December 13, 2003, eight months after the invasion of Iraq; and was hiding in a hideout in a rural area south of his hometown Tikrit.

-Almost everyone in the deck have been captured. For more information about the persecution and the persecuted look:

-My theory is this Saddam Hussein, President of the Republic of Iraq, is the Father of the country and the persecuted, making Iraq into his daugther because the politicians, whatever their party o nation, they love to call themselves "parents of the Homeland" and other pompous titles.

-The quatrain means that the State of Israel will be established in a territory controlled by infidels but its continuity as a country will be impossible for his own fault.

-Iraq, the daugther of the persecuted (Saddam Hussein) will be responsible for the defeat of Israel (by cutting the wings). To cut wings means putting difficulties or inconvenience to a person or any group can not do what he wants, or defeat.

92- Macbeth shall never vanquish´d be until
93- Great Birnam wood to high Dunsinane hill
94- Shall come against him.


-The fate of Iraq is magnificent, terrible, and monstrous... there is more to explain (to be continue).

2012
H_01. THE BIRTH OF ISRAEL AND NOSTRADAMUS.
http://prophecyexperimentalzone.blogspot.com.es/2012/07/h01-birth-of-israel-and-nostradamus.html

+ This quatrain of Nostradamus is the basis, the key to dozens of quatrains concerning the Pope's death near the river Rhone, the invasion of southern Europe by the Muslims and the victory of the new king of France. This is my fear.

The citizens of Mesopotamia,(1) Angry with their friends from Tarragona,(2) Games, rites, banquets, every person asleep The vicar (3) at Rhône, city taken, those of Ausonia.(4)

1. Ancient cultural region between the Tigris and Euphrates. today Iraq

2 . City of Spain, It was a great city in the Roman Empire.

3 . Vicar of St. Peter, Jesus Christ, a title taken by the popes.

4 . Ausonia: Former region of Italy, by extension all of Italy.

+ On August 2, 1990 at 2:00 am, local time, Iraq launched an invasion of Kuwait with four elite Iraqi Republican Guard divisions:

+  Kuwait's massive losses in Spain: as the largest outside investor in the Spanish economy, the KIO has become a powerful and important institution in the country.

+ The Iraqis march against the allies of Spain (Kuwait, U.S., Nato, EU) as people have fun, laugh, celebrate: banquets in his sleep all the people (surprise :Iraq invaded Kuwait on  August 2, 1990 ), having fled the Pope on the banks of the Rhone (France, near to Lyon) and the city still occupied the Vatican, like Italy.

- Can the current Iraq to do something similar?

- Seems absurd, Sunnis and Shiites should unite against a common enemy: perhaps Israel or the U.S.. And the weapons, who but China could sell modern weapons for oil? 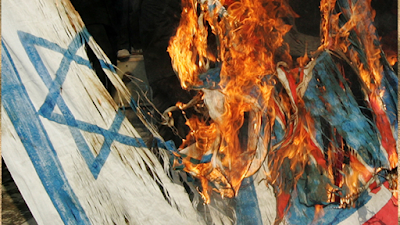